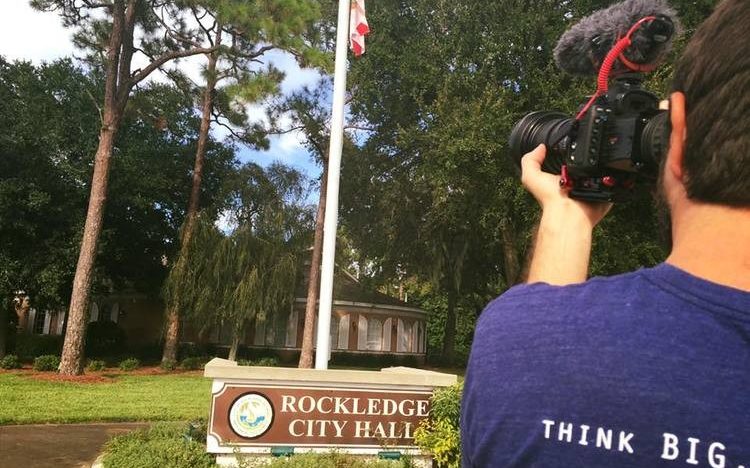 A Tale of Zoning Happily Ever After

Once upon a time in the small, forward-thinking city of Rockledge, Florida, some of the most progressive tiny housing zoning ordinances in the entire US of A were approved, in record time and with great ease. You see, the forward-thinking City Manager had an eye for viable solutions for the needs of his constituents and a knack for facilitating progress. A fair maiden, by the name of René Hardee, approached him and the city planners one fine day with a few simple questions. The rest is history.

A little on the cheesy side? Maybe. But after a recent trip to Florida to witness tiny house movement history in the making, I realized maybe fairytales can come true. The city of Rockledge provides an astonishing example of how smooth the process of creating and approving brand-new zoning regulations can be. Of course, every city’s approach to zoning is distinct, with many good reasons. The question is why do some cities make the process so complicated and drawn out? Particularly when presented with a viable idea that benefits residents and provides an opportunity for economic development.

I present you with a  story of how one lady, one motivated citizen with no zoning knowledge was able to collaborate with her city to update zoning rules to allow for tiny houses on wheels AND on foundation. Her simple request blossomed into simple, straightforward regulations.

“I knew absolutely nothing about zoning. I am a physicist by trade; I know nothing about development, real estate, zoning, building codes. I knew nothin. It put me in an interesting position when I did go to the city because they’re used to people who do know those things. You can approach your city, not knowing anything, and just go on an informational, fact-finding type of meeting. I know my city was very accepting of my questions.”

In many ways, René is a typical modern woman. She does a daily juggling act, managing her work schedule with family life, raising two small boys. When you’re a working mom, free time is fleeting and every moment of the day is precious. Time spent cleaning & maintaining a larger home is exhausting. For René, her large home was isolating her family from one another. One day she made a liberating realization that became her motivation for going toward tiny living.

René and her husband, Chris, were having a rough day with the kids. Chris gets upset and shouts that he wants his life to be as simple as possible. At first, this did not go over well with René especially in light of their decision to raise a family together. But later she took what he said to heart and realized, “I really want my life to be as simple as possible, too. We just have a lot going on. Our life is very chaotic,” René said. She explained that she often reminisces about when she was in grad school, had a one-bedroom crappy apartment. René wanted for nothing, and she remembers being very happy then. Everything was very stable; she just had a few bills. Her life was simple and manageable. Coming home felt like being at peace.

Pictured: René takes me on a tour of her big house, showing off the unpractical and underutilized spaces.

A drastically smaller home just might be the key to a better quality life for René and her family. And so like many before her, she went down the tiny house research rabbit hole. And this included connecting with a Meetup group, participating in tiny house Facebook groups, and attending building workshop. All helped René figure out what was right for her and her family. She wanted to build a tiny house on foundation, here in Rockledge, a city that she loved.

Which led her to another important realization: legal tiny housing, including parking for those on wheels, is perhaps the most elusive of tiny house conundrums (insert hashtag: #tinyhouseproblems). René was not about to move toward building tiny until she knows what was allowed or not allowed in her beloved hometown.

“So I went to my city and started a dialogue,” said René, the Florida state chapter leader of the American Tiny House Association.

Filled with passion and hope, René emailed her city Planning Director and requested a meeting. She went into the meeting with a positive, proactive attitude. Of important note, she didn’t go into it with any preconceived notions.

“When I approached the city, the first thing, I told them were my goals. I said this what my family wants: we want to stay in Rockledge because we love it here, and also want a smaller footprint than I think is allowed, and these are the reasons why. We want more quality time with our family. We want to put our money in the places that we care about, like in the community, like going out to eat, those types of things. Versus in extra space in our house that we’re not using. Or maybe in even into kids college funds or retirement,” said René. She gave them a list of what they’re we’re trying to accomplish as a family and why. She asked, “What are our options? What can we do here within current zoning regulations?”

And this led to an explorative discussion with the city Planning Director and City Planner,

which started with them sharing Rockledge’s minimum square footage requirement, 1,200 square feet. Much larger than René's family wanted, so she followed up with a question about what her options were for going smaller. The planners suggested smaller houses that were available in the city that had been grandfathered in, around 700 square feet. René and Chris thoughtfully considered this. The available houses were in great disrepair, and the necessary work to renovate these to meet the needs of their family seemed incredibly daunting and unrealistic.

René went back to the planning staff for further brainstorming and presented an idea:

“So a 1,200 square feet, that’s the minimum; can I build two, 600 square foot houses and connect them with covered breezeway?” Hmm, they thought about it and said yes, as long as they’re on the same foundation, and one of the houses doesn’t have a kitchen. René then asked, “What’s a kitchen?” A kitchen has a stove in it; that’s the planners’ definition. You could have everything else you would need in that space, like a fridge, toaster, burners, etc., just no stove. Taking it a step further, René ventured, “Then can I build four, 300 square foot houses, and still be within the 1,200 square feet requirement?” Maybe in a square configuration, connected with covered breezeways, and perhaps in the middle, you put in a community garden or another community element.

By talking through zoning guidelines and asking questions, a community vision came together. It went from a one-off request, benefitting just René’s family to something more inclusive.

“This was affectively a citizens’ initiative. It started with a citizen in our community who was obviously talking with other citizens in our community, as well as those way outside our community. It’s not an idea coming from the top down. It was started at the grassroots. That’s what you hope you have in your community, is people who come up with ideas, and those ideas come to some kind successful conclusion for everybody.”

The final result, both tiny houses on wheels and on foundation are legal inside the city limits within two zoning districts including a community setting. The approved regulations are available in their entirety on the American Tiny House Association site here.

Tiny houses are not just allowed in Rockledge; they are downright welcomed and encouraged. Local tiny house advocates are actively working with a couple of potential developers to create Rockledge’s first tiny house pocket neighborhood.

The Planning Director’s advice for other tiny house community advocates like René:

Start by reaching out to city planners, and ask for a joint meeting with the mayor or city manager and the planning staff. Come up with a cohesive idea of what you’re going for and provide reference examples, like the helpful pocket neighborhood research that René shared. The more information you can share, the better. He also encourages the sharing of Rockledge’s very own groundbreaking ordinance.

René celebrating with other local advocates at the last City Council reading of the new tiny house ordinance.

René’s advice to others wanting to bring legal tiny housing to their community:

Look at the current zoning regulations, and then ask your city planners questions. “Just go and start the dialogue. You don’t have to have any experience whatsoever.”

Don't be afraid to share your concerns with the city. They are there to help ensure that the city is meeting the needs of its residents. They want to hear your concerns, know what’s going on, and how they can best help.

You can find René at home, enjoying her family in one room of her large house (tiny house practice), and in the community, collaborating with neighbors at the founders’ meetings for Rockledge’s future tiny house pocket neighborhood.

It is my sincerest hope that more cities will take cues from Rockledge and explore how tiny housing might fit in their community. Be like René, go for your legal tiny living dreams. You just might be surprised. Fairytales can come true.

Wilderwise developed a tiny house on wheels with l

Meet Lindsay, an archaeologist who loves her uniqu