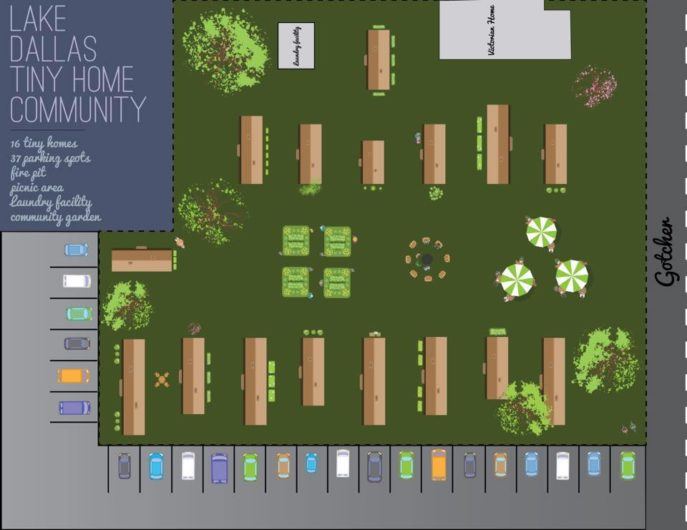 3/1/19: Development of Lake Dallas Tiny Home Village is currently at a standstill.

"Move-in day for the Lake Dallas Tiny Home Village will be pushed back because the project is being put on pause for a grading permit, which land developer Terry Lantrip said he was only recently made aware of.

About 30 supporters and future residents of the development voiced concerns and excitement about moving to the area during a City Council meeting on Thursday evening."

2/28/19: Lake Dallas Tiny Home Village is experiencing a few snags with the City.

Please join developer Terry Lantrip this Thursday, 2/28, at the next City Council meeting to show our support to help him get this project across the finish line.