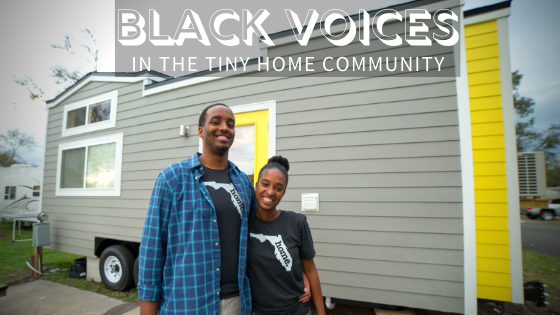 We have lived as nomadic tiny dwellers for many years. One thing we never really experienced in our travels is fear— definitely not fear of police harassment because of the color of our skin.

But unfortunately, for People of Color, that's not the case. Fear is all too normal.

Though we will never understand, we hear you Iana and stand with you. We stand with all Black Americans, Indigenous and People of Color who continue to be oppressed by systemic racism.

Black Voices in the Tiny Living Community - Follow Them & Get Inspired!* 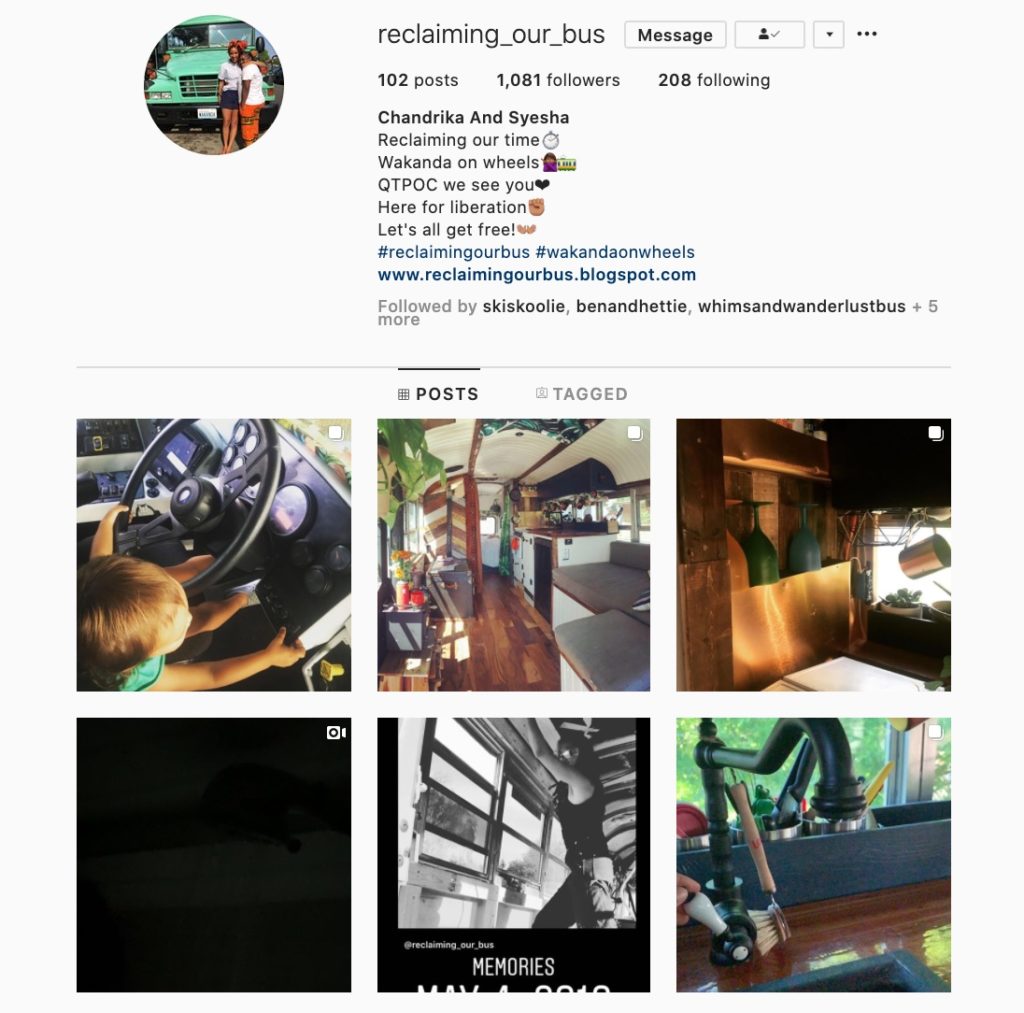 Chandrika and Syesha converted a school bus into a gorgeous tiny home. Together they've explored, reunited with old friends, and made new friends. Of the beauty they've experienced, they have also experienced prejudice.

"Alright ya’ll.  We’ve had a lot of happy go lucky posts (because lets be real, this sh*t is awesome) but time to talk about the underbelly of #buslife.  Get your snack of choice and get comfortable.

For us, it’s not the mostly minor inconveniences that surface when living in a small, mobile space.  Sadly, the real downside is increased interaction with bigots and the systems that uphold their inability to see other people as humans.  It’s this reality that had many of our elder Black family members hesitant and fearful for us to take on this journey.

The identity of being both woman and Black (and though it’s not as visible, lets not forget queer!) has us constantly interacting with people who are willfully blind to our humanity.

This is nothing new.  However, by choosing to live on a bus, we are now part of a community that is also often seen as less than human (read, homeless).

It isn’t until someone sees the inside of our bus or talks with us that they realize we have a higher income and higher education (read, we have relative power). The change (or lack of change) in their demeanor and level of respect is deeply revealing.

When property rights are more important than basic humanity, then there’s a 100% chance that the three musketeers - the patriarchy, white supremacy, and capitalism - are up to their antics again.  Genocide, slavery, and land theft were all committed without a second thought in the name of property rights of white men.  Few things are more holy in this country.

So what does this mean when you’re occupying a body that was once seen as property, and occupying a bus that is parked on property you don’t individually own? How do systems of oppression show up in #buslife?  Keep reading.

"February: We stopped at the local post office for 10-15 minutes to pick up mail.  A man comes rushing up to our bus, gives us a once over and pauses, unsure how to proceed. “Oh, I thought maybe you were…It’s just we’ve had some problems around here.  It seems like you’re fine though, never mind.” And he trots off to wherever he came from.

So much unsaid, yet the message was clear. ‘I thought you were homeless, so I was going to harass you.  Now that I see you are not homeless, I will treat you like any other human being who is minding their business not breaking the law.’

August: On our California trip we stayed a night at the Malibu RV Park.  An expensive, squished, but conveniently located RV park overlooking the Pacific Ocean.  On the morning of our second day, we were bombarded by an aggressive, dismissive, and downright rude manager who demanded that we leave because “conversions weren’t allowed” there.  He suggested we try parking along the highway (read, with other riffraff). Never-mind that we are registered (and legally recognized) as an RV, or the van conversions in the lot, or that we were the only Black people in a two mile radius.

September:  Today I drove my bus to work where I teach swim lessons.  With 8-10 businesses tucked in a mostly residential area, the lot is never full. Four hours later I came back to find the bus towed.  I faced both a $627 bill, as well as argumentative, dismissive, and you guessed it, downright rude property manager and owner.  Never-mind that I work there, or that the lot was nearly empty, or that I got no written or verbal warning or request. Never-mind that if I was who you thought I was when you called the police (read, poor), this ticket would have ruined my life, rendering me completely homeless.

There is so much more to unpack here than can fit in an Instagram post, but two of our biggest remembrances while being black, woman, queer, and living the #buslife.

We. Need. To. Get. Our. Own. Land. The spaces where you're treated like a human are the spaces you have privilege. Use it."