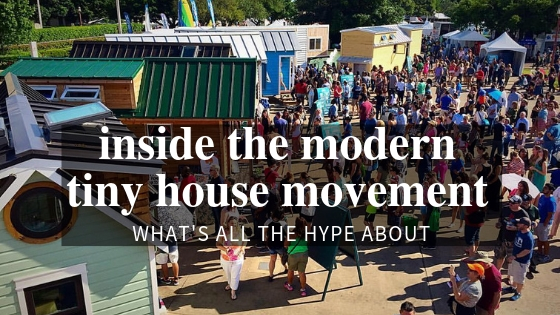 Tiny home living is a tale old as time. Though now, it's experiencing a revolutionary revival.

A revolution is as simple as this: it’s a fundamental change in the way of thinking about or visualizing something—a paradigm shift.

Most importantly, the modern tiny house movement is an empowering cultural shift toward "less is more" lifestyle that's leading to a groundbreaking expansion of housing options.

Moreover, a tiny home is a multi-tool to meet personal goals, financial and lifestyle, and community needs from shelter to quality, affordable housing. What else has that kind of adaptability?

Tiny houses come in many styles and appeal to people of all walks of life. They provide a fill-in-the-gaps solution. Housing options available on the market are incredibly limited. To combat that, more and more individuals are bootstrapping their own housing solution by building or buying a tiny house. Additionally, small community organizations are forming or expanding to create quality, affordable homes for the housing insecure and homeless.

Tiny houses are typically recognized as dwellings 400 square feet and under, on wheels or a foundation. The typical tiny house on wheels (THOW), aka movable tiny house, is built into a trailer, using traditional housing materials and techniques. If desired, the wheels can be removed so that the house can be set on a foundation. It’s important to point out that a “tiny home” can be anything, from traditional RVs, yurts, to converted fill-in-the-blanks—school bus, grain silo, train car, etc.

Tiny houses on wheels originally came about as a means to get around restrictive codes. But they quickly became attractive to many as a mobile asset. For example, whatever life changes arise, you can take your tiny home investment with you. The majority of tiny house on wheels dwellers only move 1-3 times ever, for a new job or to be closer family, etc. For more on the benefits of a movable house, watch this.

Tiny living is not just for one particular socioeconomic class of people and is not just about affordability. Typically a combination of factors motivates most tiny home dwellers. However, choosing to live tiny tends to emphasis experiences and relationships, over things. Above all, the choice to live this way is very personal.

In the US, we have all seen the downsides of excess and the limits of the housing market. Perhaps we could all benefit from living more simply and in smaller, more environmentally-friendly structures.

The concept of self-empowerment is at the heart of the modern tiny house movement—taking direct control of your life and your quality of life by re-prioritizing what's most important to you and crafting a lifestyle and home around that. Though, of course, tiny houses are not for everyone, or even for all phases of life.

Very few live in one structure their entire lives. We move to adapt to changing needs. Our mainstream culture is slowly adapting to recognize that tiny housing can make a quality home for many, even if not right for them. 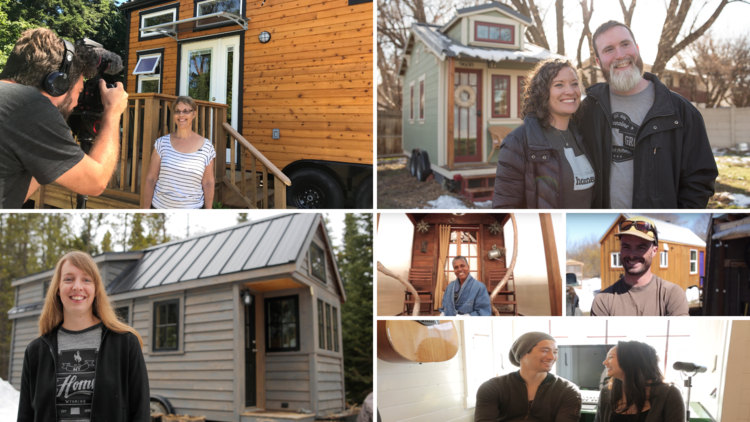 A Tiny Bit of History

What Americans tend to forget is that living simply and in small structures is a way of life and size of housing that’s been around since the beginning of time, from cave dwellings to pioneer cabins and beyond. In the 20th century, there are multiple examples of small structures popping up to meet housing demand or as an escape from traditional thinking, from early mobile homes addressing post-WWII housing needs to the embrace of simple living in the back-to-the-land movement of the late ‘60s and ’70s. 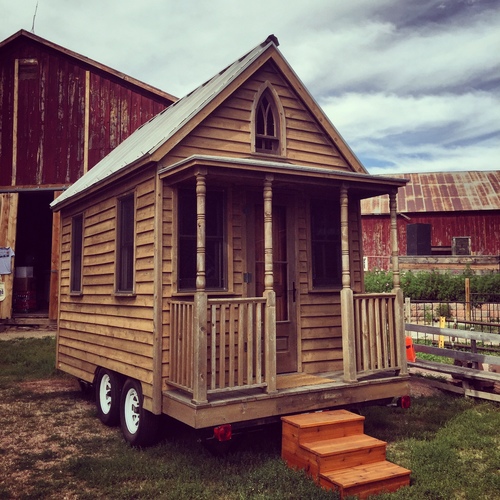 The merits of simple living have been explored in many great books in the last thirty years, with more and more being released from the excessive ’90s and into the 21st century. Jay Shafer built his first tiny house on wheels in 1999, not long after that, he co-founded the Small House Society. Then in 2006, he received national exposure on Oprah, top taste-maker of the time. Just in time to enter America’s consciousness before the Great Recession hit.

The housing crisis of 2008, elevated the tiny living concept tremendously. Downsizing out of necessity has slowly led to a robust national paradigm shift around the meaning of home and success, set to the backdrop of the destructive culture of over-consumption, crippling stress, and economic inequality. For many, a new American dream emerged, one of reduced debt and greater freedom that can be achieved by tiny living. The tiny house movement has since been slowly simmering over the past ten years, and more recently exploded, thanks to the significant exposure bump from the Netflix released documentary Tiny in 2013, followed by the cable debut of tiny house shows in 2014.

The Future of the Movement

The tiny house movement is now worldwide, with massive popularity in Australia and burgeoning in several other countries. In the US, it is impossible to know how many tiny houses are in existence because most live “under the radar,” intentionally due to lack of zoning acceptance and in some cases, completely off-grid. Though, in the US, it is far under 1% of the population. Even while tiny house trailers have sold by the thousands to prop-builders and DIYers in the last several years. School bus and van conversions, for full-time dwelling, are also experiencing a huge rise in popularity. All apart of a greater tiny living movement.

Legal acceptance is critical for gaining access to financing, insurance and more secure placement of your tiny home. The biggest obstacles are restrictive zoning and building codes. These are being overcome in a growing number of cities and model building codes. This precedent provides a how-to guide for other cities and states. To learn more, watch our docu-series, Living Tiny Legally.

Would you welcome a tiny dweller in your community or your neighborhood?

If no, are you motivated by irrational fear or desire to maintain the status quo? Exclusive homogeneous neighborhoods historically only benefit a privileged minority.

It is our sincere belief that the tiny house movement is a force for positivity, a way to create more housing equity and a sense of home for all.  As discussed above, it's empowering hundreds of thousands of enthusiasts to reevaluate their priorities, and countless tiny curious via the popular TV shows.

If satisfaction and comfort can be found in a tiny space, then maybe just maybe, real success comes from the quality of your relationships and experiences — not the size of your house.

For us, home is a sense of community. A feeling of belonging and security. A place of our own, where we can be our best selves. It's our cozy tiny home, and simply being together.

Tiny houses enable communities to create more opportunities for home, from the physical structure to a sense of dignity. The healthiest cities tend to be those with diverse housing, offering opportunities to residents of different status and lifestyle preferences.

Perhaps common ground can be found among those choosing to downsize and looking for a roof over their heads, and their allies through the adaptability of a tiny home. By supporting each other, and showcasing the diverse benefits of tiny housing, we will win over broader support.

Together we can create more resilient communities.