California’s tiny home legal acceptance is on a major roll! 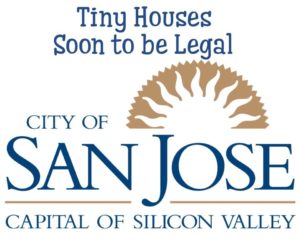 Following in Santa Clara County’s footsteps, the city of San Jose is expected to approve movable tiny houses as accessory dwelling units within the next couple of weeks.

With that, over half a million households in Silicon Valley, could potentially host a tiny home in the backyard! Keep in mind, this is one of the expensive places in the United States. So adding tiny houses to the ADU mix helps create more affordable housing options, quickly.

“Awesome news from the City of San Jose, California’s third largest city! San Jose City Council took a major step to approve Movable Tiny Homes as ADUs! Today was the first reading of The ordinance, modeled after the LA City ordinance. The ordinance has to go through another reading and will then become law by the end of May.

Movable tiny homes are being accepted in California’s largest cities and provides a model for other cities around the country. The City of San Diego will hear a similar ordinance at its Planning Commission on the 16th of April and Humboldt County will act on it this spring..”

San Jose’s latest groundbreaking news comes after they opened the doors to their first micro-home community for the homeless. This is an effort that’s been in the works for years.

The Mabury Bridge Housing Project is a transitional housing village with a capacity to house 40 people. It’s built on land owned by Valley Transit Authority. Also, Habitat For Humanity built the adorable mini-cabins. Later this year, an additional 40-unit community site is set to open.

“The County of Santa Clara has given the Green Light to Movable Tiny Homes as ADUs! The ordinance, modeled after the LA City ordinance, becomes law mid-April!

The Accessory Dwelling Unit (ADU) ordinance has been APPROVED this week by the County Board of Supervisors. This ordinance permits Movable Tiny Houses as permissible and permanently habitable accessory dwelling units (ADU).

Suffice it to say that, now that one of California’s large urban counties recognizes Movable Tiny Homes as habitable ADU’s, it will go a long way in providing a model for other counties around the country. The Tiny Home Industry Association (THIA) has been spending many months guiding this ordinance and are very pleased with the county’s approval.”

Now the city of San Jose plans to follow in the county’s footsteps with a near-identical zoning ordinance. Additionally, eleven other California cities and counties could do the same over the next year. Already the state is the leader in movable tiny house acceptance, which is desperately needed.

Did you know there are approximately 151,000 homeless individuals across the state?

That’s bigger than countless US cities. Beyond that, California has an ever-growing shortage of housing, let alone affordable housing.

Importantly, the legal acceptance of movable tiny houses is an incredibly practical way to provide more housing, quickly. This is most especially true when placing them on available land, like backyards.

Wilderwise developed a tiny house on wheels with l

Meet Lindsay, an archaeologist who loves her uniqu