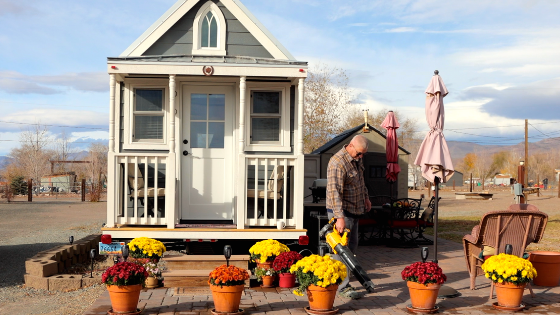 Meet Allen, who downsized after hard times and has now lived in two tiny houses since 2013. He's found that a simple lifestyle is just plain practical. Additionally, it leads to more fulfillment by enabling him to prioritize his resources (time & money) around what matters most.

"For one thing, I'm a simple guy. I don't need a whole lot of things. There are people who think by going and purchasing stuff that's going to make their life happy and they're going to enjoy their life more. That's just not the case. We're brought up in this society as a consumer.

You're missing the point if you think that things are more important than what you can with your time with the people and your friends. I'd rather spend my time and money with my friends and family than purchasing another toaster or something like that."

Inside His 2 Tiny Houses 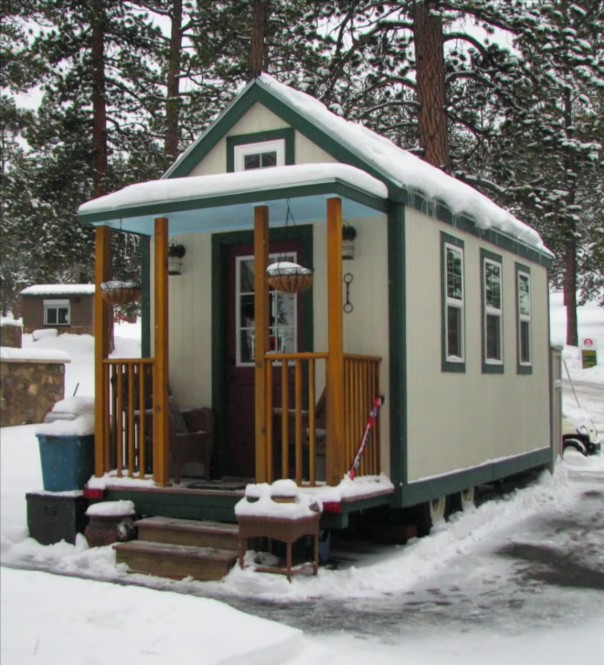 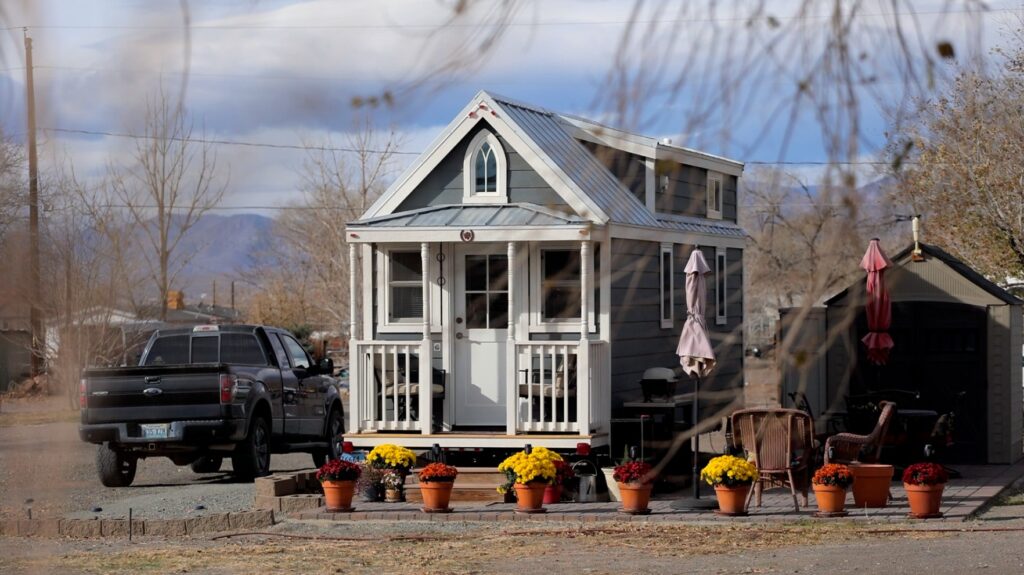 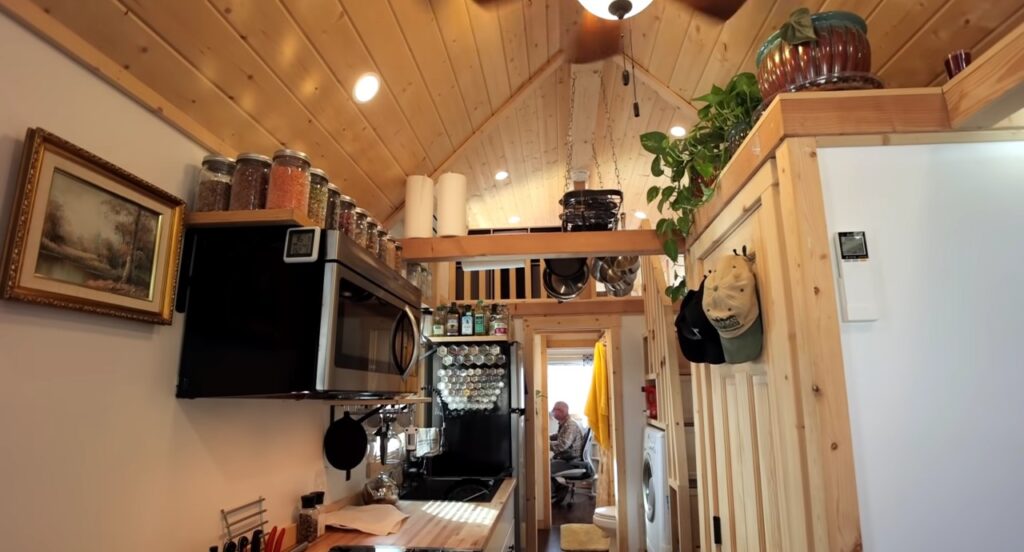 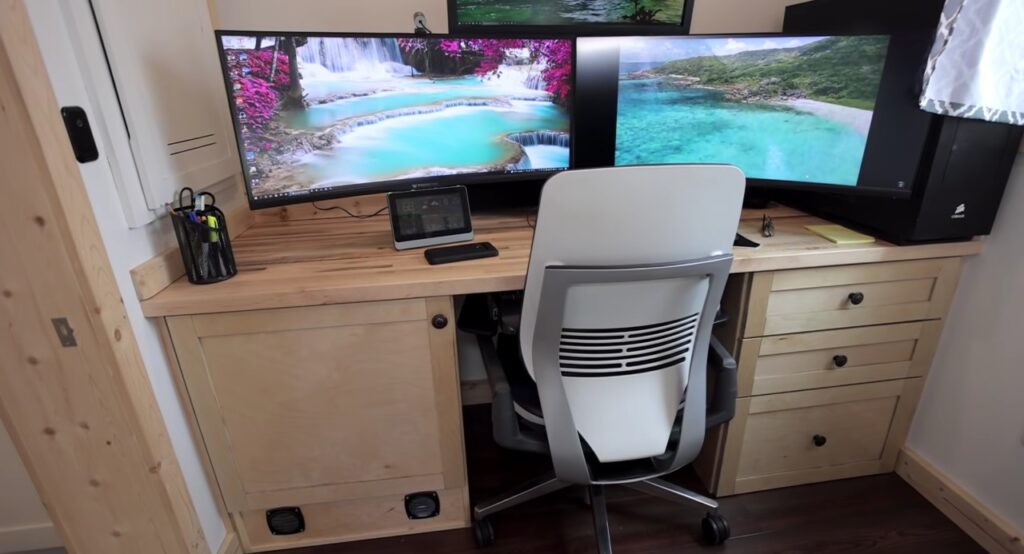 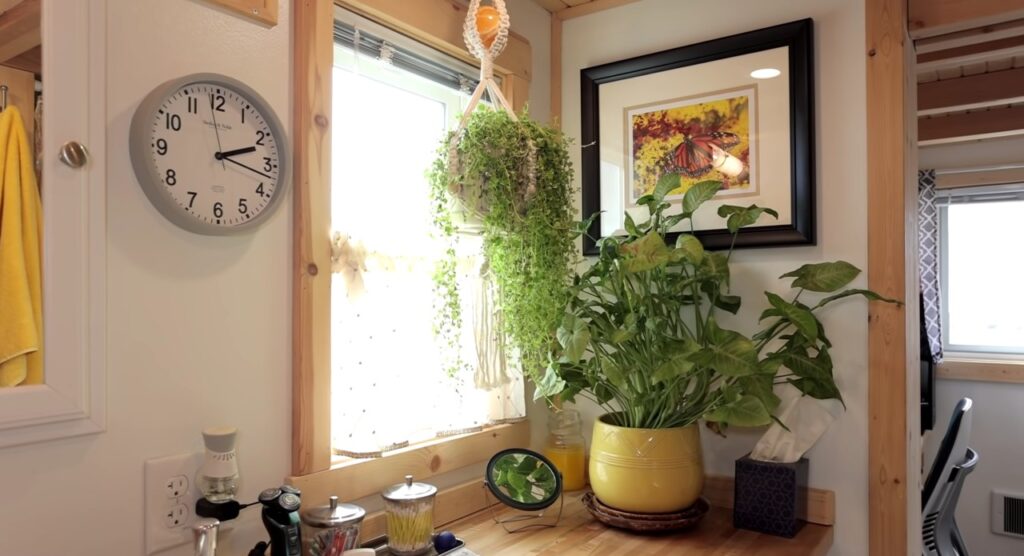 Allen's journey from living in two tiny houses began with a self-built 22-foot home on wheels that cost only $13k (thanks to salvaged materials). It was based on Jay Shafer's original designs. With that, it featured a sleeping loft accessed by a ladder. It served Allen's needs as a simple cozy home for seven years. Additionally, he was able to relatively easily relocate with it a few times as his jobs changed over the years.

During that time, Allen became debt-free and saved up quite a bit. That made upgrading to a $94k Tumbleweed Elm 30-foot tiny house much more accessible. Further, his desire for more creature comforts really pushed him over the edge. For example, in his new home, he has room for a washer-dryer combo. Allen is thrilled not to have to drag himself to the laundromat anymore.

He also prioritized stairs to his sleeping loft and a downstairs bedroom to give him an option for when he's elderly. Currently, he uses it as an office/multipurpose room—an incredible setup for PC gamers!

Watch the tour to see more of his two tiny houses!