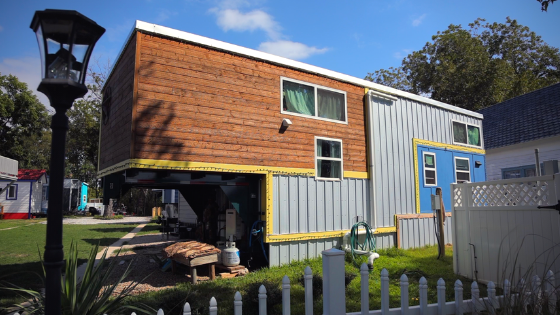 A legal triumph for tiny houses on wheels

Welcome to Lake Dallas Tiny Home Village, the first of its kind urban tiny house community. It's located in a quaint small town downtown in the northern Dallas/Fort Worth metroplex. Importantly, LDTHV is groundbreaking because it uses the International Residential Code (IRC) Appendix Q for tiny houses on wheels. That means that these homes are inspected and permitted as residential dwellings.

Even though Appendix Q is intended for foundation-based tiny houses, the city of Lake Dallas utilized it for tiny houses on wheels, aka movable tiny houses, from the trailer up. Then they created the legal guidelines around the placement of those in the LDTHV pocket neighborhood, zoned as a PUD (planned unit development). For example, the homes must be tied down, skirted, and inspected by a third-party inspector or certification company.

"The Lake Dallas Tiny Home Village is what I consider an urban village. So it's inside the city, and we're inside the downtown area. Main Street is two blocks away. We can walk there in three minutes. There are good things about that because you can walk to everything that you need. As opposed to a village that's further out.

Now a village further out is going to have bigger lots, more space. We're tight in here; the homes are within probably 12-15 feet of each other. Some people don't particularly care for that. But when you're in a downtown area, you're an urban area; you have to have some density. We still have open areas, so it doesn't feel cramped." 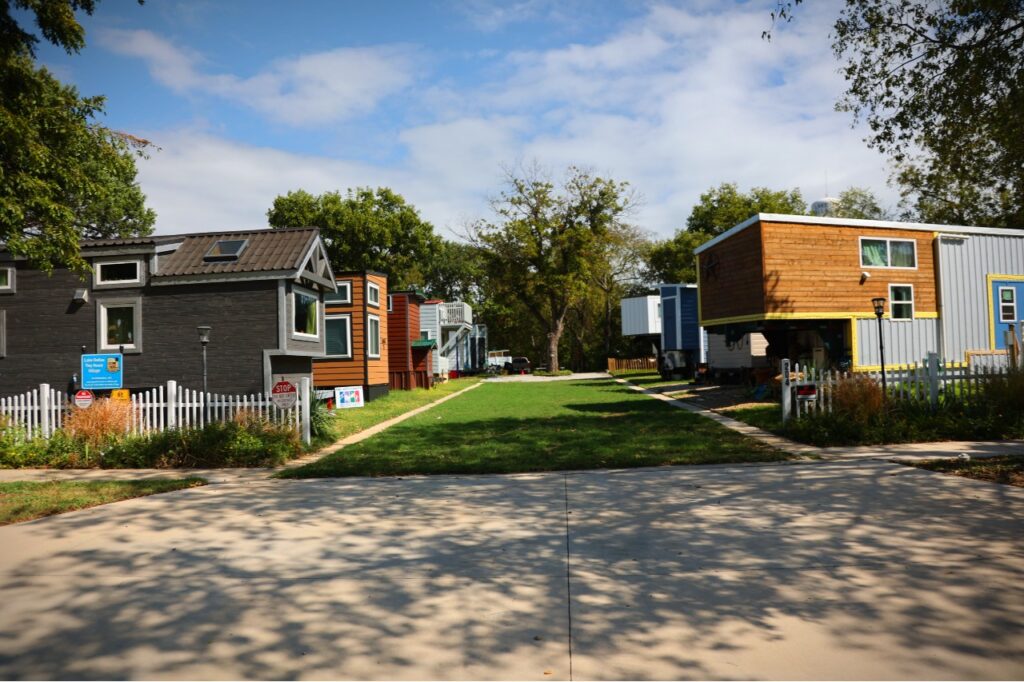 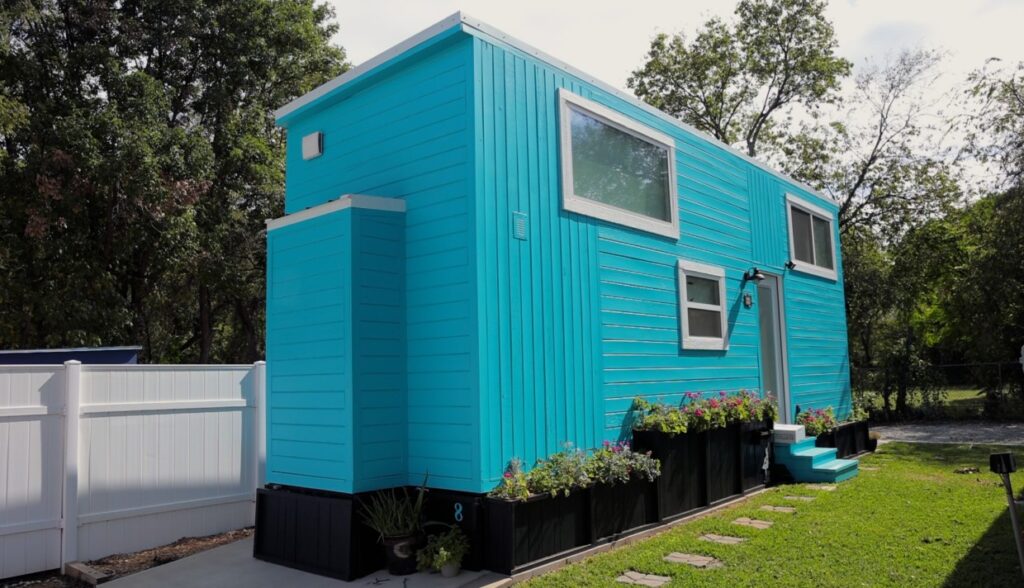 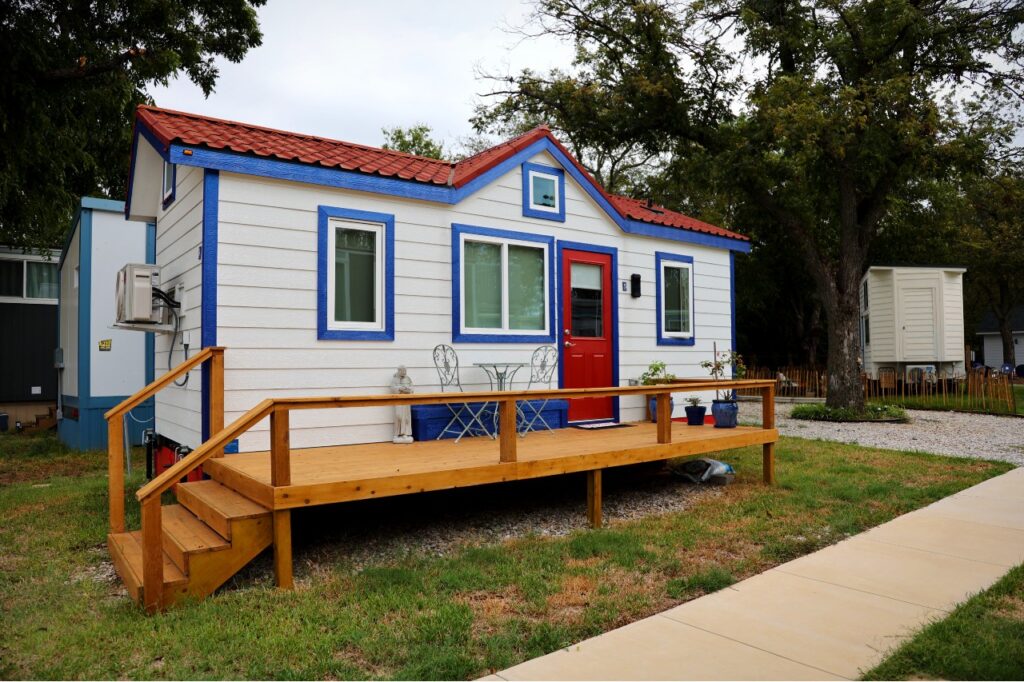 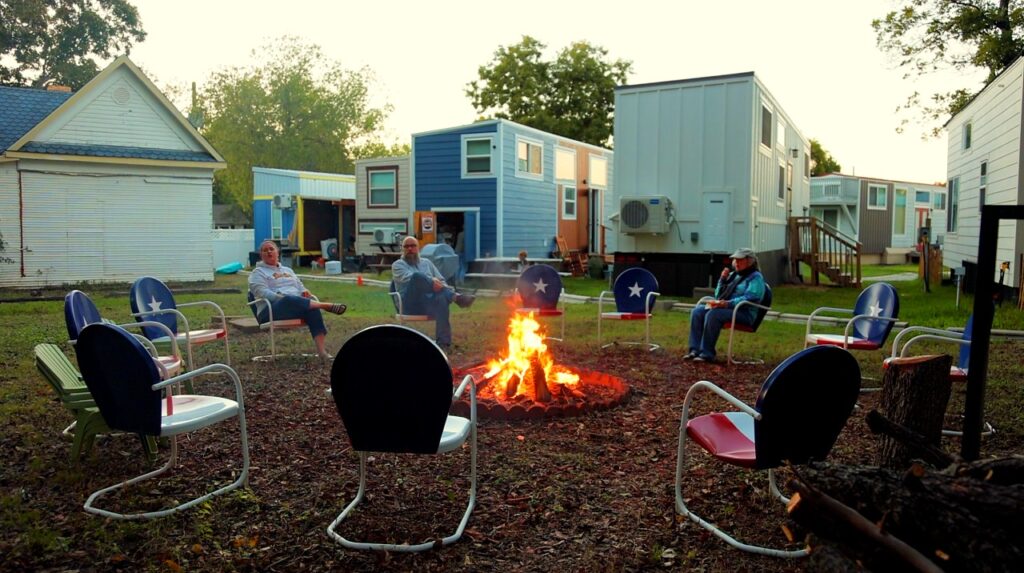 Lake Dallas Tiny Home Village is a truly wonderful place to call home. That's undoubtedly how the diverse mix of residents feel, from families to singles and couples. It's the kind of place where kids can roam free under the caring and watchful eye of all the tiny house neighbors.

They enjoy a playground across the street, in addition to the community's backyard and courtyard space. Of course, the grown-ups appreciate those spaces too. This includes impromptu social gatherings and additional work from home space on the many picnic tables and the communal laundry building.

Watch the tour to see more of this groundbreaking urban tiny house community!

Thanks to our video sponsor Kamikoto! Save extra $50 OFF with code: Tiny Her Permitted Container Home on Land

Unlike other similar villages, @tinytranquilitypar

Wishing you all a sparkly fresh New Year—hope it

When it’s cold outside, but you’re warm & cozy

A tiny home filled with creep crawlies and cutie c